As our current players know; we have not released a new zone past the “Ice Cavern” (maxing you out around level 100) for our indie mmorpg in several months. For this we sincerely apologize. We have not been sitting Idle though. On the contrary, we have released several bug fixes, performance enhancements and new quests while figuring out how to move to the next zone. 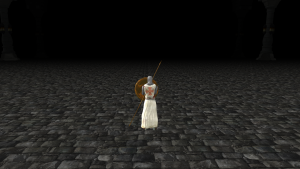 We aren’t going to give away the story (you’ll have to play for that), but we will tell you that the progression involves the sacred amulets that you work so hard to collect. You’ll want to wear your big boy/girl pants to the next area.

2 thoughts on “The Next Step For Our Indie MMORPG”